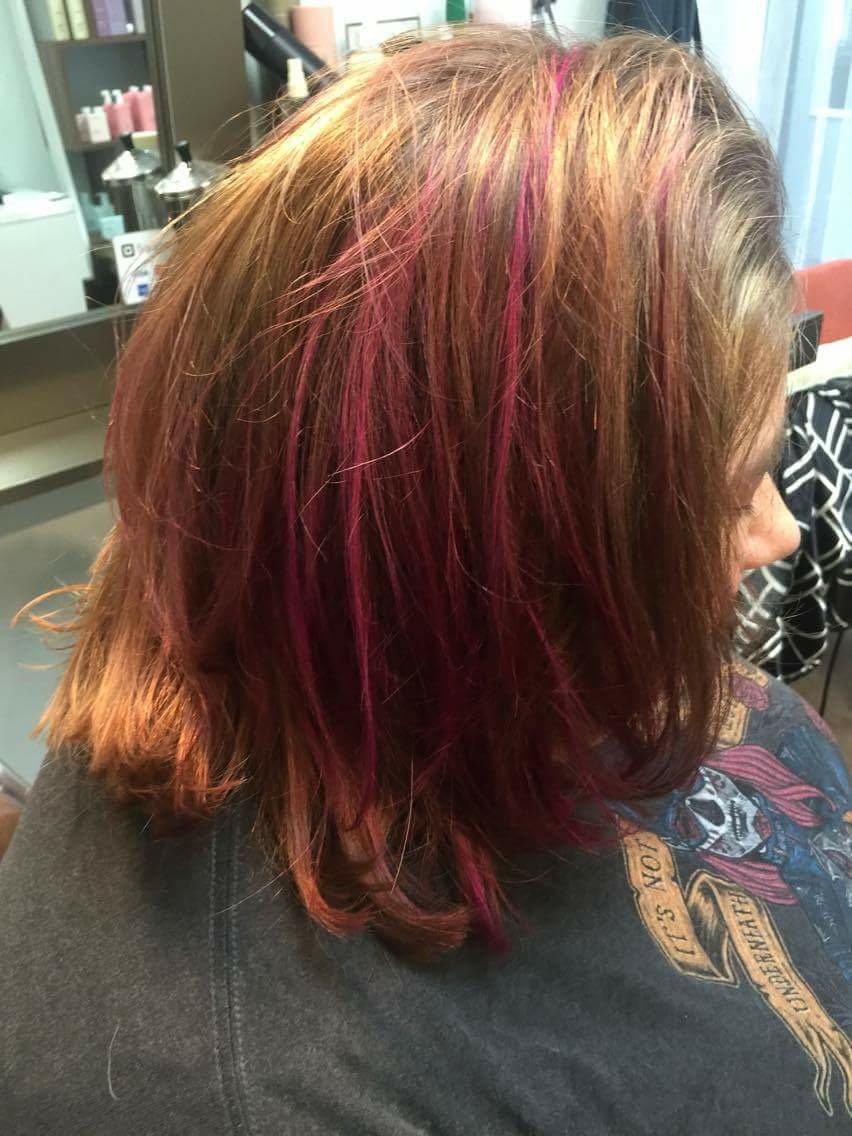 For the longest time, I actually hated the color pink. When you’re five feet tall, people tend to lump you into the ‘cute’ category no matter what you do to break out of it, so for most of my life, I was given pink clothes, pink toys, even a pink took kit once when I was little.

The irony is that none of these pink things came from people who actually knew me. My mother wouldn’t even let me have a Barbie doll (which is about the pinkest doll on the planet) until some relative gave me one, because she felt they were sexist.

Don’t get me wrong, I liked dolls just fine. Once I had acquired my ‘gateway’ Barbie, more followed. The Christmas I was seven, my mother even sewed an entire wardrobe for the Barbie and Chuck (I never did get a Ken doll) wedding party. To this day, I remember her cursing as she folded fabric to accommodate impossibly tiny darts.

A few years later, after she married my stepfather, we lived in a rental house where I was stuck in a bedroom that had a day-glow pink carpet and wallpaper that featured orange elephants and pink giraffes. Or maybe it was pink elephants and orange giraffes. Either way it was the kind of thing most people can only see after several alcoholic beverages and a few mind-altering drugs.

After that, I was pretty much done with pink.

Or so I thought.

But the thing is, while I’ve never liked baby-pink, I’m a big fan of bold pink. My favorite lipstick was this sort of faintly metallic fuchsia color that I’ve never been able to find a second time, and my favorite sweater is a pink, cotton, v-neck that is perfect for wearing over a tank-top whenever you go inside a business in Texas, in the summer.

The fact is, I always get complimented when I wear pink.

Still, pink and I were on the outs for a really long time. It wasn’t until I was in my thirties, spending every weekend on stage at Comedy Sportz that I embraced pink, and even then, I didn’t wear it… I just put it in my hair.

Now, this is the part where I confess that I’ve wanted technicolor hair pretty much all my life. I went to a performing arts high school where self-expression was so revered that the dress code was pretty much, “Mokawks can’t exceed three inches in height, you must wear clothing over your leotards outside of dance class, and gang colors are forbidden.” Other kids had blue, purple, green, and, yes, pink hair, but my mother didn’t want me to go that far.

And as a teenager, I wasn’t ready to commit.

Twenty years later, though, I found myself getting shyer and shyer. I’d just quit my job at a major mortgage lender because I could see the subprime market sinking, and I was doing improv, and I was sucking at it.

I felt boring and flat and ordinary.

So I went to my stylist and said, “I need a change. I’d like to dye my hair pink.”

We started with just a few streaks of a deep rose color, but over the next year, we kept playing – my hair grows really quickly, and my philosophy has always been, ‘it’s only hair, it grows back,’ but fortunately, I’ve always been lucky, having hair stylists who are very protective of their client’s heads.

Even when we bleached my hair out to platinum, so we could do my entire head in Special Effects Atomic Pink (it glows under black light) we never melted the ends, and it never got dry or brittle.

The thing is, you cannot be a wallflower if you have pink hair. It forces you to find the well of boldness inside yourself, and use it.

Or at least, it worked for me.

I mean, I still get trepidatious about things, but pink hair has become my anti-Kryptonite. One glance in the mirror at my cotton-candy-colored locks, and I’m on fire.

Or at least, I can pass for being on fire, because beneath the pink hair there’s the woman who has never quite fit in. The one who isn’t really geeky enough for the geeks (I don’t play video games, and I hate animation) or goth enough for the goths (I like the look, I don’t mind dark things,  but I also like laughter that isn’t maniacal) and yet, I’m hardly mainstream either, especially compared to most of the people in  the Suburban Texas town where I live.

Still pink hair forces me to live in the world outside my head, and that’s kind of a good thing.

And when it’s not? Well, those are the times when I slip my hand into Fuzzy’s as we’re driving home, and I glance into the night sky and find it lit up by random flashes of heat lightning.

The flashes are painted pink, of course.

@noradunn: It's depressing that the Supreme Court proves to be on the take without fear of getting called out for ethical misconduct, lies and behind the scenes misconduct. Roberts knows who leaked the opinion but it came from the right so he buried it. He will go down in history as a sham.
h J R
Follow @melysse