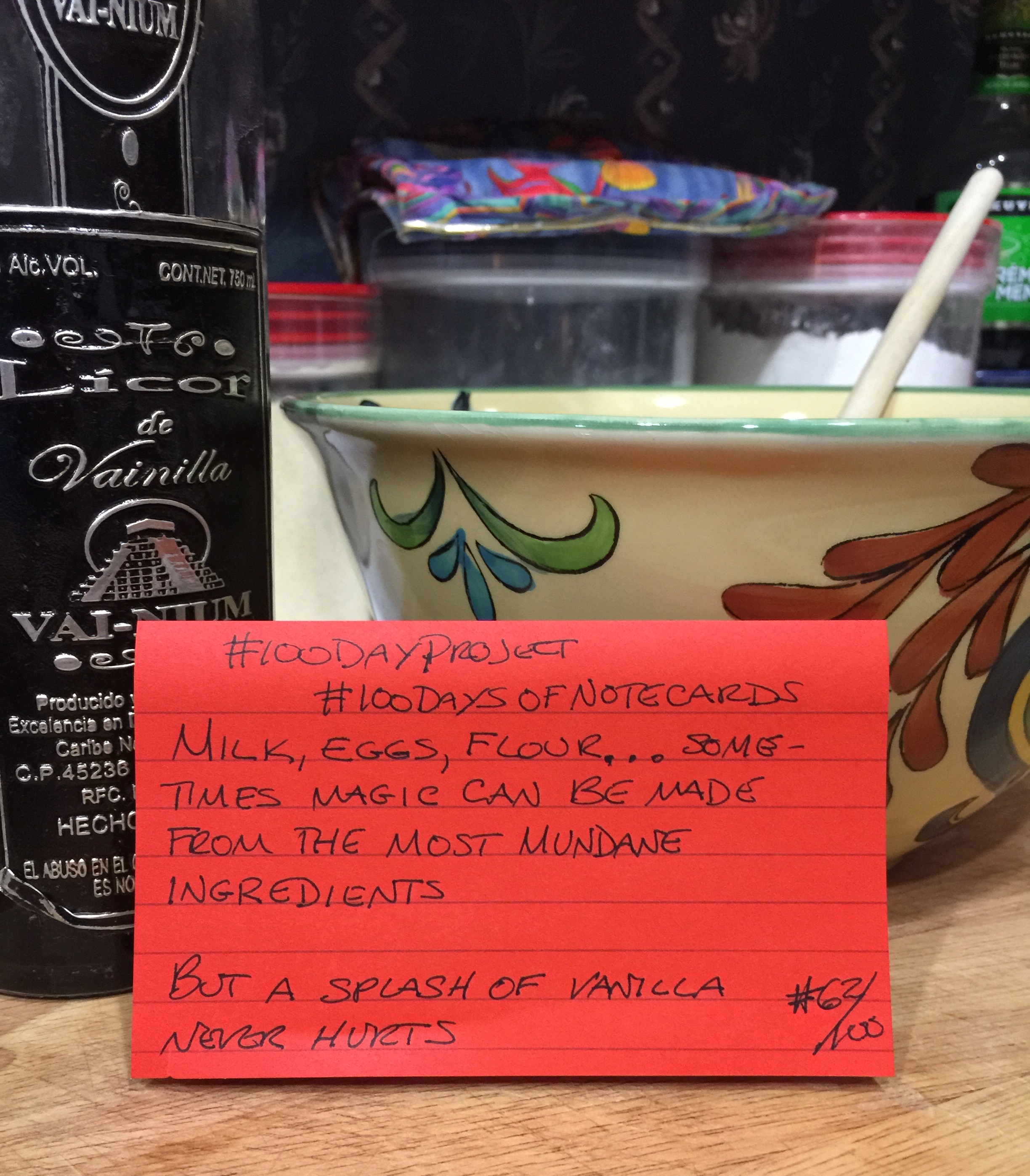 In which the Bathtub Mermaid talks about smuggling salt and vanilla home from Mexico.

Every year at about this time, I start counting, not just the days, but the minutes – the seconds – until my next visit to see my parents in Mexico. Partly this is because my mother and I are close, and we only get to see each other about once a year. But partly, this is also because I’m getting low on some of the things I typically buy when I visit.

My Mexican shopping trips began with vanilla. Mexican vanilla tends to be pure vanilla without extra chemicals, and more importantly without sugar, and it tastes amazing, but we were visiting Todos Santos one year when I found this store that sells pottery and ceramics in front, but sells artisan tequila and vainilla tecul – vanilla tequila – as well.

Now, vainilla tecul is technically drinking vanilla. You can drink it by the shot or you can pour it over ice cream or into coffee, and it’s delicious. I buy a liter bottle for myself and a few smaller bottles for friends, wrap them in plastic and pareos, and stash them in my suitcase every trip. The price varies, but last October a liter was about five hundred pesos or about thirty dollars – the exchange rate has been really good for us (and really sucky for Mexico) the last couple years – I think right now it’s actually like eighteen and a half pesos to the dollar. If it’s still that good in December – presents for everybody!

After vanilla, I started bringing home damiana crema. Damiana is a local plant, and when it’s fermented it’s used a muscle relaxant, and when it’s mixed with cream it becomes a lovely liqueur, but very potent. Legend has it that damiana is also an aphrodisiac, but I haven’t really catalogued any data about that.

More recently, my parents have begun frequenting their local farmer’s market which takes place along one of the streets in the center of La Paz, and is a really interesting mix of touristy stuff and local stuff. The pesto and yogurt that my parents get from the market are to die for, but I go for the salt.

There’s one vendor there who sells seasoned sea salt, and I always buy a bunch of it, and take it home, and eke it out over the next year so that it lasts. Except this year, I’ve run out of all my “magic salt,” and I haven’t been able to reproduce my favorite kinds.

Even the salt bar at Central Market has been less than helpful.

There are three varieties of salt that I buy there – one is garlic and onion, one is onion, bell pepper, and black pepper, and basil, and the third is a smoky-sweet salt with guajillo peppers in it. Guajillos are my favorite hot peppers. They’re stronger than poblanos, but more savory than spicy, and they have this berry undertone that does wonders for things like chili and empanadas.

When we’re IN Mexico, my favorite food experience is actually tacos. There’s a restaurant that has their grill out on the street, and the meat is Sonoran beef, and for four of us, we usually get about a kilo, because it’s less expensive than buying individual taco platters and the food goes farther. It’s so good, served the way most Americans think of as fajitas – with lime and salsa fresca and avocado and grilled onion.

I know this will disappoint Michael Butler, but none of us is a fan of Tecate. Instead we pair our street tacos with either negra modelo or indio (Indio is a Mexican beer -it’s a Martzen – an amber – with a hint of spice, but it can be difficult to find in the US, even in Texas.)

My friend Clay keeps teasing me that I should start an import company, just for vanilla, salt, and Indio beer, and there are moments when I fantasize about it, but mostly I just like to stash what I can in my suitcase, and blow my last pesos from every trip at the duty free store, where I buy tequila, yes, but usually also this Irish coffee bourbon liquor called Sheridan’s.

There are dog beds and/or rugs in every room of my house but #Piper prefers to nap under my desk. #lifewithdogs #purerescue #seniordogs @ Viva Villas https://t.co/WxBoFll36t
h J R
@melysse

@DahkurArt I feel like I need to add these to my reading list.
h J R
@melysse