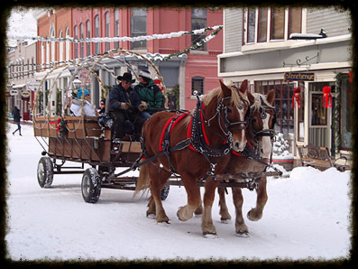 Inspired by the color ‘turquoise,’ I talk about childhood in Colorado.

Mark, the Encaffeinated One, wanted me to talk about Turquoise because he likes the way it sounds. I do too.

Turquoise is the color I associate with the best parts of living in Colorado when I was a little kid. I’m originally from New Jersey – and I’ll never entirely stop being a Jersey Girl – but I lived in Colorado more often than not from the ages of five to ten.

At first, we lived in Golden, on 16th street. My pre-school teacher, Ray Goodheart lived one street over and – this is how innocent the 70’s were – my friends Heather and Kerry and I used to hang out at his house on weekends. It helped that he was living with my friend Ben’s mom.

Weekends at Ray’s were like some kind of Colorado hippie version of Hodge Podge Lodge (extra points if you even know what that is). He had pet ferrets in a run in the back yard, and inside the kitchen he’d taken an old cigarette machine – the kind with the pull-knobs – so it would dispense snack-packs of chocolate pudding, or granola bars, or bags of pretzels.

Ray was the first teacher who had a real impact on me, and we still connect via email or postcards every few years. He used to make us spell words with our alpha-bits before we could eat them, at snack-time, and he had me reading at a fourth-grade level before I even started Kindergarten and doing long-division at about the same time.

(He went on to start a bunch of early learning centers.)

Ben, on the other hand, was the first boy I ever loved, and we were as devoted as two five-year-olds could possibly be. His birthday was two days before mine, and other mothers became close friends, so for a couple of years we shared celebrations. I don’t have a lot of keepsakes from childhood – mostly books – but somewhere I have a tiny silver and turquoise ring that he gave me.

The year I turned seven we moved to Georgetown, which was an amazing place to be a little kid. It’s only about an hour from Denver, if that, but it’s a cute mountain town that has only become more of a tourist destination over the years.

There, my association with turquoise came from the rock shop a few blocks away from the country store – think mercantile – that my mother owned, or from the Navajo family who sold jewelry and blankets and the most incredible burritos and tostadas I’ve ever had. Their tortillas actually remind me a lot of the Oaxacan tortillas they serve at the street fairs in La Paz, Mexico. Or, I guess, the Oaxacan tortillas remind me of the Navajo ones since I had the Navajo version first. They owned a small clapboard building up the street from us, and I think they had an apartment in the back. They had a daughter my age, but I don’t remember her being in school with us.

My mother and her then-husband were going through a lot of rough stuff back then, but she did a really good job of keeping me in a kind of bubble, protected to the point that there was barely any awareness, and since he worked in Denver, and we only really saw him on weekends, the two of us were much more a part of the community than he ever was.

My favorite parts of life there involve winter, which is kind of ironic since I make no secret of my loathing for snow, ice, and cold.

But winter in Georgetown meant that they’d turn the baseball diamond in the park into a skating rink, and my friends and I would go skating after school, and then walk home to our parents’ businesses and sip cocoa in the back rooms, or there would be Christmas Market or Fasching (which is sort of a German version of Carnival.)

All of those festivals involved food booths and music in the town square, and all of those things that made me feel like we were living in the Rocky Mountain equivalent of Stars Hollow, and while leather goods and silver jewelry (the Ajax Silver Mine was right there) were commonly sold, what I remember most were the many, many different rings and bracelets and belt buckles and… whatever… that were made with Turquoise.

One thought on “DDOP-10 Inspired by Turquoise”

@noradunn: It's depressing that the Supreme Court proves to be on the take without fear of getting called out for ethical misconduct, lies and behind the scenes misconduct. Roberts knows who leaked the opinion but it came from the right so he buried it. He will go down in history as a sham.
h J R
Follow @melysse