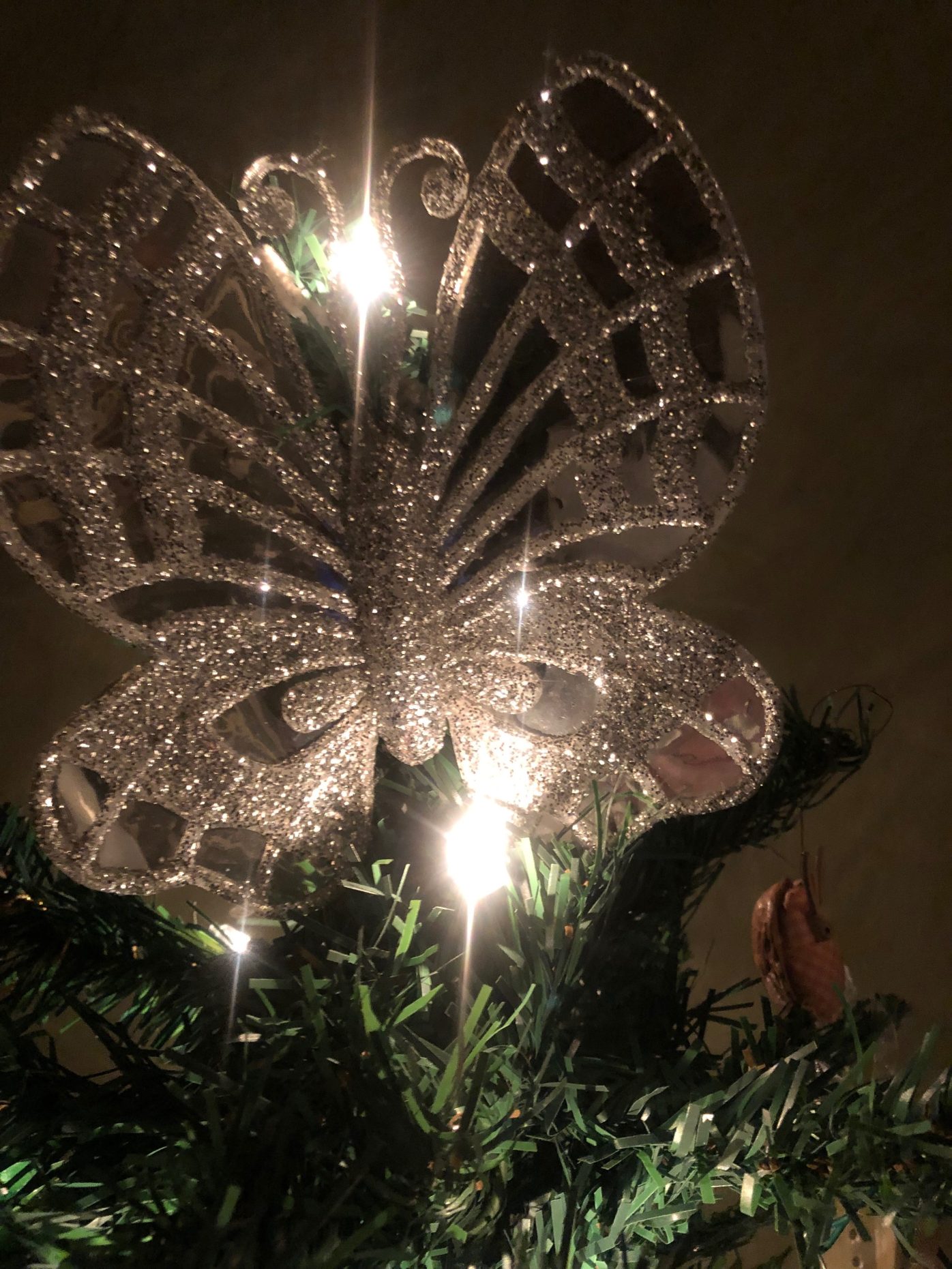 Two trees means two tree toppers. The main tree, which is seven-and-a-half feet tall and is in the dining room, has a traditional angel on top. For the longest time, when Fuzzy and I both worked nights doing tech support for Gateway, we had a gold moon as the topper, but as our marriage matured our trees grew in stature (well, we kept upgrading to larger ones) and the moon was soon relegated to normal ornament status. I bought the angel a few years ago because she seemed serene, and she reminded me of a Renaissance painting I’d seen once..

RT @OKBJGM: a boycott/mean things being said/written about you/a private company kicking you out is NOT SUPPRESSION OF FREE SPEECH. IT IS F…
h J R
Follow @melysse

a lipogram   It had begun, like much did, at a bar. There hadn’t been a band that night. Rather, the entertainer had been a magician, of a kind. The title he’d claimed had been “Mental Deceiver,” but I remain certain that he were better called a charlatan or conniver. The food and liquor had […]

Excerpt: Say Yes to What’s Next, by Lori Allen

About the Book, Say Yes to What’s Next: How to Age With Elegance and Class While Never Losing Your Beauty and Sass! Hardcover: 240 Pages Publisher: Thomas Nelson (July 14, 2020) Scroll down to read an excerpt from this book. From the star of Say Yes to the Dress: Atlanta, now filming its eleventh season for […]

Review: A Sunset in Sidney, by Sandy Barker

About the book, A Sunset in Sydney   Publisher: One More Chapter (July 3, 2020) Publication Date: July 3, 2020 Sold by: HarperCollins Publishers How far would you go in the name of love? Sarah Parsons has a choice ahead of her. After the trip of a lifetime she’s somehow returned home with TWO handsome men […]

Review: Gates of Mars by Kathleen McFall and Clark Hays – with Giveaway

About the Book, Gates of Mars Series: The Halo Trilogy (Book1) Genre: Science Fiction / Detective (hard-boiled) Publisher:  Pumpjack Press on Facebook Date of Publication: June 16, 2020 Number of Pages: 336 Scroll down for Giveaway IN THE AGE OF SURVEILLANCE, HOW CAN A PERSON GO MISSING?  The year is 2187. Crucial Larsen, a veteran of the brutal […]